This Summary by DPearce © Sept 29, 2019. (The attached video lecture really gets interesting midway til the end). Overview: It was thought at one time that deherding lands would prevent desertation, but has proven to be the opposite. Also, grasslands are now purported as the way to store carbon likened as rainforests. Grazing herds on grasslands are the gist of the video's message, as a natural means in upgrading drylands & containing carbon. Current methods involve setting fires to crops, which release excess carbon and are contributing to global warming; furthermore, the soils are being overworked and more dry grasslands are appearing when herds were removed.

Note, outside sources in opposition say there should be less herds, while promoting to eat less red meats, due to herd methane releases their contribution on global warming.

Listed below is the particulars on just how much damage cattle methane impacts the environment and why deherding was previously suggested (as well as, in err, as a way thought to  prevent drylands or overgrazing).
TimeForChange.org Are cows the cause of global warming?
"A cow does on overage release between 70 and 120 kg of Methane per year. Methane is a greenhouse gas like carbon dioxide (CO2). But the negative effect on the climate of Methane is 23 times higher than the effect of CO2."

But, I must mention there is research & biotech experiments conducted for engineering - breeding herds for the purpose of minimized methane releases to reduce cattle's mark on global warming. Potential for reduced methane from cows "ScienceDaily
Jul 8, 2019 · Summary: Scientists have shown it is possible to **breed cattle to reduce their methane emissions**. ... A single cow on average produces between 70 and 120 kg of methane per year and, worldwide, there are about 1.5 billion cattle."


Feeding cattle additive digesters is one way that some cattle farms are handling cattle methane emissions.

I found other videos online also about using moving, grazing herds for desertation. It WAS a surprising learn! 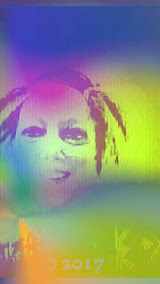